Building a chatbot with Rasa 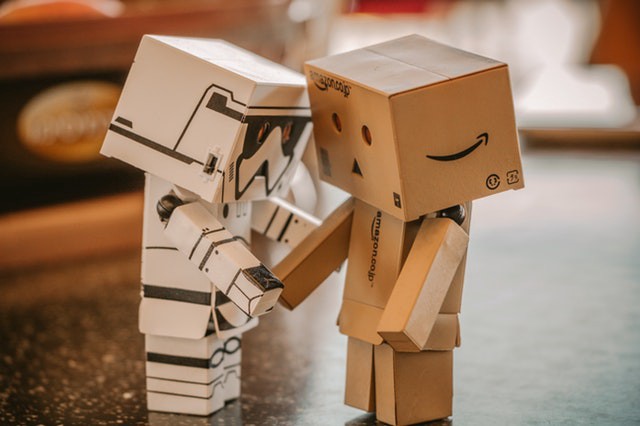 Before getting stared with the development lets first dwell into the requirements and why we drilled down to the mentioned technology. I wanted to build a chatbot which is able to learn the intent of the user, interact intelligently, perform actions if users asks so, provide efficient learning mechanism and most importantly doesn’t use any paid services. There are a bunch of online services (like wit.ai) which provide nice NLU features but charge for traffic. This lead me to search for an open-source framework which can provides sufficient independence in building the bot. One such tool is Rasa.

Rasa provides a set of tools to build a complete chatbot at your local desktop and completely free. Their flagship tools are,

Lets first train the bot to understand user language so it can classify the intent and extract entities. For this we will create sample nlu training file.

Here, an intent’s name is defined after ‘##intent:’ and all sample user utterance for that intent are mentioned below. Notice for intent *query\_days\_in\_month* we have also mentioned entities. The format is word, so the user utterance example is “How many days in January” and in it “January” is the entity of name “month”.

Now we will define the pipeline to use for training the NLU model, here we will use spacy to do so.

We are now ready to train the NLU model! Lets do so in Python.

This will train the nlu model and save it at ‘models/nlu/’. Lets try and test how is the model working.

Here as you can see, the model was perfectly able to tag the user question to it’s intent (check ‘name‘ section under ‘intent‘). It says, that for the first question, the intent was ‘query_days_in_month‘ and the extracted entity was ‘January‘ (check ‘value’under ‘entities‘). One cool thing is in the output of second question, even though we didn’t provide this in example, it was perfectly able to guess the intent and even extract the entity ‘march‘.

Nice, but the chatbot is only half way complete, we still need to build the dialog management.

First, lets define the domain file which contains some sample templates we can use to reply back to user.

Here we have listed down the intents and entities (all present in nlu training file), along with some templates and actions. Templates contains replies that you want the bot to make, in this case I want the bot to greet, say goodbye and also answer the user asked question of number of days in the month. And right now bot will only answer these three types of month answers (bot is agnostic of leap years, stupid bot)

Here we are defining a sample interaction between the bot and user in form of a story. It goes like this, if user says something and its intent is ‘greet‘ bot will perform action ‘utter_greet‘. One more example, if user’s message has ‘query_days_in_month‘ intent and ‘February’ then bot will perform ‘utter_answer_28_days‘ action.

Here, you can change the training policy in which you can define your own LSTM or RNN for dialog training. One important point, ‘max_history‘ is used to define how one action is dependent on previous questions. If max_history is 1, then it just memorizes individual intent and its related actions. Due to lack of training data (huge load of stories), I am just making it memorize the rules now, you can create some sample stories and see the true potential of rasa dialog management.

Now we are done. Lets see if the bot is able to reply back to us and answers our question.

Mapping every combination of intent-entity to its action in stories is quite inefficient. Just think of individually mapping each month to its answer. And what about the leap year? Well all of this could be handled by using custom actions, where the action calls a python function with all the info like the intent and entity. Now in python code you can perform all the necessary checks and return the message.

Also the true potential of the rasa nlu and core shines when you give it more data to train. Or even deploy the chatbot and it learns from interactions. It will make it capable of handling cases which are not yet fed to the training data. You can also change the policies by which it trains the model. Maybe all about this in next post.