Getting one step closer to the evolutionary biological process, to infer how the natural phenomenon can be employed to solve complex computer science problems. 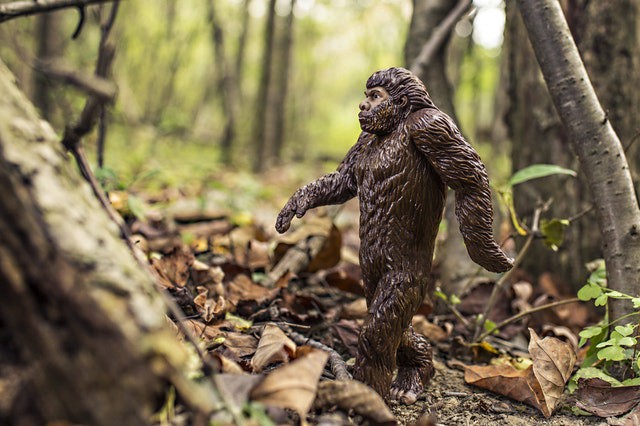 The step-wise process of genetic algorithm is highly influence by the natural evolution. It goes through a sequence of events, each dependent on the previous one for its success, to replenish an older population with a newer and hopefully better one. Here, better means entities of newer population having better DNA. Now the exact definition of population, its entities and their DNA, is quite vague and depends on the problem in hand. The steps are,

To better understand and appreciate the logic, lets take one example problem and try to solve it with genetic algorithm. How about teaching an agent to guess a password. Now we will try to make it little bit fair for the agent, and for each guess, we provide a score of its correctness, which could be nothing but the number of letters the agent got right. The password could of any length and for simplicity we only use English alphabets and spaces. Now why is this problem hard? There are 26 letters in English alphabets, considering the upper and lower cases, we get 52, throw in space (blank character) and we have 53 possible characters for a position. And lets say the password was “The pen is mightier than the sword” we have 53 letters contending for 34 positions (length of the phrase). That’s 53 * 53 * 53…. a total of 34 times, which equals to more than 42 octadecillion different combinations (just google it to see how big that number is, hint: has 58 zeros). Now imagine someone randomly trying to guess it. Even the fastest super computers will take years (more than the life of the our universe) to solve it. To begin with we can select smaller passwords, but the problem remains, exponential growth in complexity with each increase in character.

Here we define the population, lets say it’s the number of possible current guesses for the password, which makes each such guess one entity. Now the DNA of the entity (guess) will be the guessed password, in our case a N length sequence of characters. Lets code it away,

What should be the fitness of a password? Obviously the number of correct characters at correct positions. So for each guess, we will compare it character by character and count off the number of times we find similar character. Finally dividing the with the length of the password, we have a bounded score of similarity which is the score or fitness of the selected guess. (add these to Entity class)

We have a population of guesses, and we know their fitness, now we need to identify the interesting candidates which are eligible for passing their information to the next generation of guesses. One tried and tested way is to provide a probability of importance of a guess based on its fitness score i.e. higher the fitness score of a guess, better its chances to get selected. To do so we normalize every entities’ fitness by dividing it with the sum of all fitness values. This gives us the probability of importance of each entity. Now we just have to enforce the logic of this importance, this could be done by, (add these to Population class)

On reaching this part, we get pairs of parent (older population of guesses) and we try to formulate how to pass on their information (their password characters) to children (newer population). Lets go with a simple logic of single point crossover, which says, one half of the child’s DNA comes from separate parents. Now this half could have literal meaning by being the midpoint of the DNA or we can randomly choose a point of cut. Going with the latter logic, we have, (add these to Population class)

Ever heard of brown eyed parents giving birth to blue eyed baby? Or animals developing newer organs to survive in new environment? Well all are classic example of mutation where modification in some genes of the DNA takes place. In our case, we randomly go through each character (gene) of the child’s guessed password (DNA) and based on a probability, query if we need to modify (mutate) this character or not. If no, we move on, if yes we replace it with another random character. Usually we keep this rate of mutation low otherwise it will overshadow the progress of evolution. (add these to Population class)

Joining the pieces together and re-iterating the steps for some generations, lets see how long it takes for our population to correctly guess the different passwords.

Genetic algorithm to solve the password cracking problem.For each individual password, let’s also plot the progress graph of average fitness of population over the generations. 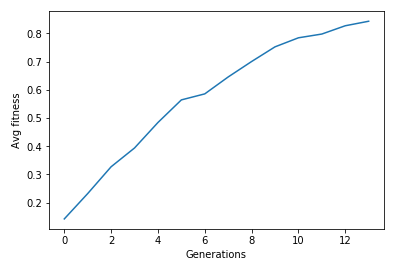 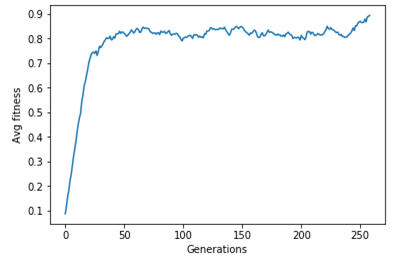 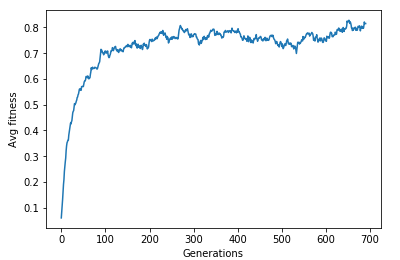 password: “You cant crack it”One thing is evident, as the generation increases the fitness of the population increases. Sure there are some oscillations due to mutation, but on the larger picture the population evolves with newer entities and with it our chance of finding a better solution.

We took a classic example of password cracking, genetic algorithms can be used for a variety of problems where we have somewhat little notion of fitness. Some broad examples could be traveling salesman, function optimization, multi-object optimization, game playing agents, etc. Also we kept numerous parameters fixed, like the mutation rate, the population size, the fitness scores, also intensive research have been done on the effect of choosing different logic for crossover, mutation and selection. It will be interesting to see the effect on our solution due to these variations. Well maybe in another post.